Poet, novelist and broadcaster Cath Kenneally examines the recent work of Stephanie Radok which involves weeds painted on beer coasters and finds tenacity, diversity and survival-skills in it.

Lilies that fester smell far worse than weeds": a dictum quoted at us convent-girls to encourage "noblesse oblige” - of those to whom more has been given, more will be demanded. How we envied the weeds, thriving out there in the wastelands, blissfully ignorant: should they die pure of heart, never having heard the Word, they would be welcomed into the Kingdom in quest of which we, the supposed fortunate ones, had a harder row to hoe.

The guiding proposition in Stephanie Radok's “Book of Life”, by contrast, is: “In the beginning was the world” (the title of one of her works). Words come later, useful for naming and collating but hardly the vehicle for calling the world into existence, a logocentric con long exposed as a way of excising female agency from that event. Not that Radok has no use for words; she is fascinated by language and taxonomy, overlaying many of her paintings, prints and drawings with rows of texts or glossing them with captions. Her output of the last few decades now constitutes a Herbal to rival Culpeper’s, this botanic obsession lately being joined by a growing collection of images of fauna, which in time will make a matching Bestiary.

Radok, product of a childhood spent in several countries before the family’s permanent location in the Adelaide foothills (where she still lives), has recently been making zinc-plate etchings of imaginary life-forms such as “Forebear”, cheerily rendered in outline, side-on, fur indicated by a few scored vertical slashes, regarding us calmly from her tundra. Or “Dragon Tree”, a fire-breathing lizard perched atop a palm. Characteristic of her work are series of small paintings, drawings or etched plaster panels, a prolific plethora of simple, rapidly-dashed-off, no-two-alike seeds, flowers and animals that add up to a secular hymn to the abundance, resilience and diversity of our biosphere .

A 1996 Greenaway Gallery show of plaster panels and graphite drawings multiplied botanist’s taxonomic images of parts of plants, calling attention to the alien in the familiar, drawing out the poetry of botanical names. In a review ('Seeing a Plant, Being a Plant’) I quoted her suggestion that “something small can fill the scope of the eye and of thought” as invoking the techniques of mystics down the ages. In this and later work, she plays with the peculiarly nineteenth-century and now infinitely quaint bid to note and name everything there is. Of that early work I used the phrase “inescapable drollness”, something lovable I still find in her work, polymorphous species rendered homogenous by her treatment: free, almost childlike, frequently rendered in a unitary ochre-yellow and red wash (from her collection of Australian-made paints). At the Adelaide Showgrounds for Radok’s Masters graduating show, she filled display cases in the Handicrafts Hall with paintings of plant body parts. Over the buds, stamens, pollen grains, husks, cases and filaments (in all their Linnaean eroticism) in yellow cursive stride the names of all the countries in the world while in other works botanical terms: “ripe, broad, globular, slender, straight, fragrant” are repeated like incantations in red schoolbook lower-case while in the background, fainter in yellow, sit the names of countries and geographical terrains. Radok’s clear iconography offers the pre-existing vegetable world overlaid by human culture. The warmth of the sun binds all together.

A later series gathers extinct and endangered Australian animals, rendered the same way, each single sheet of paper showing a head-and-shoulders creature captioned with the words “we speak your language” in the multiple scripts and languages found on a Centrelink website. While the message here is sobering, a cumulative positive effect registers on the viewer, as with Radok’s profligate flora. This is a tribe of bio-forms, we infer, that will not be kept down. Represented most prolifically by weeds, Radok is documenting tenacity, diversity and survival-skills: the ‘green fuse’.

Along with her encyclopaedist’s bent go urges to disseminate her work as freely as weeds. Last year a project for the artist-run Format Festival involved Radok collecting weeds in the city, painting ‘precise but free’ images of them on beer coasters and showing them on the walls of the Format Gallery, an empty shop, to mimic wallpaper reflecting “disregarded parts of its urban surroundings”. The paintings were sold very cheaply and buyers were encouraged to release them in pubs and bars, then document and upload their new locations. This show followed “Weeds of the Wasteplaces” at artroom5, delicate green paintings on paper of weeds collected from local nature strips. Most recently, dozens of her South Australian weeds painted on the backs of Belgian beer coasters were shown at the experimental art space the West Wing at Melbourne Central as part of the South Project’s “How does a network...” exhibition in November 2010.

Weeds are runaways, travellers, gypsies, their virtues once known intimately by humans. Radok has a nose for them, for the ‘wild’ at large. Her art is to reconstitute the insistent profligacy of the wild, her loose freehand style and methods of dispersal mimicking her subjects. She returns often to certain books, the 1909 “The Naturalised Flora of South Australia” written and illustrated by J.M. Black being a favourite. I have just come across a copy of “The Fragrant Garden” (by Canadian Louise Beebe Wilder, 1932), a prophetic warning about tampering with wild stock: ‘We have juggled the Sweet Pea into the last word in hues and furbelows, and all but lost its sweetness; we have been careless of the Rose’s scent, and have made of the wistful Mignonette a stolid and inodorous wedge of vulgarity.’ Radok’s is a paintbrush raised in support of letting the wet wild flourish and regain its strength.

Cath Kenneally is writer, critic and broadcaster based in Adelaide.

Stephanie Radok will be showing etchings on the mezzanine at Greenaway Art Gallery from 18 March to 10 April 2011; and having a survey exhibition The Sublingual Museum at Flinders University City Gallery in July-August 2011. 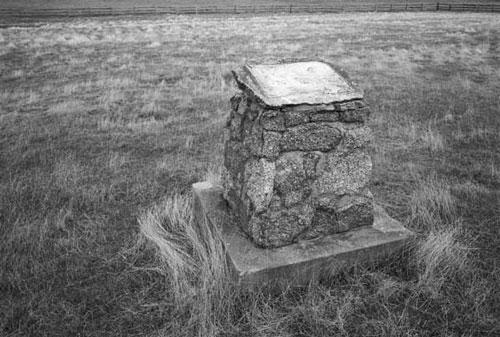