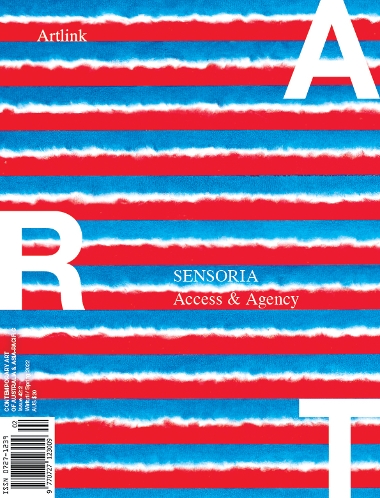 Jenny Sealey MBE has been Graeae’s Artistic Director since 1997. She has pioneered a new theatrical language and aesthetics of artistic access, experimenting with bilingual BSL and English, pre-recorded BSL, creative captioning and in ear/ live audio description methods. Jenny co-directed the London 2012 Paralympic Opening Ceremony alongside Bradley Hemmings (GDIF), and she won the Liberty Human Rights Arts Award in 2013.

This project has been supported by investment from the Australia Council for the Arts. It will be produced for an Australian audience in 2023.

Vast spaces/Uneven terrain: Interpreting the politics of space from a place of impairment