Hayley Millar-Baker: I will survive 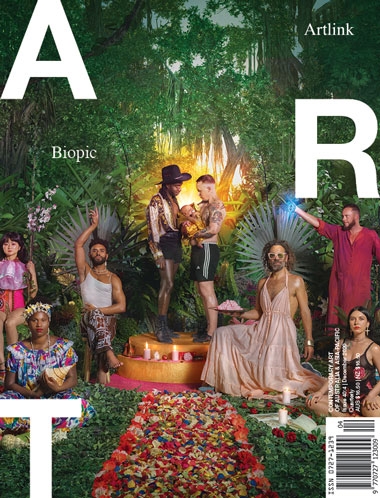 Aboriginal stories are tales of survival, of attempted genocide, of strength and resistance. These are the narratives we share, the heritage we cannot avoid even if we wanted to. Colonisation and attempted genocide is part of Australia’s history and identity, no matter what we desire. It is our story to tell. Indigenous people owe our lives to the resistance of our elders.

I have long argued that, for the intended victim, winning a genocide is merely a case of survival. Resistance to genocide is to live. When some people want you extinct—when they intend for you to never have children, when they want your generation to be the last of your people—having children who survive is a slap in their faces.

Giving those children the culture the colonisers tried to destroy is the most complete win we are permitted to imagine. We are alive, because our parents, grandparents and great‑grandparents survived. That is true of everybody, but not everybody can say their ancestors survived a government actively attempting to destroy them. Indigenous Australians can.

Another consideration for survivors of genocide is this: It’s important to tell our stories, to bear witness to the attempted genocide of our people. Speaking truth to power is the next step, after survival itself. Throughout her career Hayley Millar‑Baker has produced black and white photomontages, constructing landscapes from elements photographed in Country and re‑imagining domestic scenes as undomesticated, faintly disturbing and surreal.

Her works have long spoken to me of fractured history, broken families and lives torn to pieces; of the history of survival of genocide that our families, and all Indigenous families, share. Landscapes and lives are deconstructed and reconstructed as acts of reclamation and decolonisation.

Sacred and historic places, landscapes personal, cultural and national, totemic animals and plants, and the features of land itself, all become analogous with Millar‑Baker’s history and family, forcing the viewer to confront their complicity in the attempted genocide of our peoples. History is taken apart and reconstructed, unpacked and questioned and rebuilt out of the pieces.

In this way a new history that tells the truth can be invoked, destabilising the falsities on which Australia’s history is built. Her landscapes are realistic but surreal, often symmetrical, often alienating, built from reality but displaced, misplaced, deconstructed and impossible. Their reality is as a dreamscape or a memory; in Millar‑Baker’s hands, these black and white photos are reassembled into surrealist and expressive landscapes that are somehow more honest than the Nation’s history.

It takes time to unpack the works: time to reflect, time to analyse, time to think and to feel. Her works are the Country dreaming itself into being through the artist’s eyes and mind. We are invited to enter Millar-Baker’s world and its history, to step through the glass and into the frame, to live in the monochromatic dreamscapes, to embrace what it means to be part of this land while apart from this Nation’s sense of identity.

We are invited into the lives of her family. In the series The Trees Have No Tongues (2019) personal history and the missing women are invoked. The women in these works are represented by their personal belongings and their ghostly shadows as personal interior landscapes. We are invited to wonder where those women are now, to insert ourselves as those shadowy figures. In these works the artist is inviting us into her life, inviting us to embrace her history.

Rather than a constructed outdoor landscape we are shown a window into an inner world. The history is more domestic and familial, more familiar and personal. The frame becomes a window into living memory. Millar‑Baker’s latest series, I Will Survive, unpacks personal history about life and family, and how hindsight teaches us to assimilate the warnings in preparation for next time. We are reminded that Country wants to care for us, that family wisdom can protect us, that we cannot do this alone, and that one day we will be the elders warning the young ones as we were once warned.

Millar‑Baker has always been a visual storyteller. Her impressionistic use of landscape in montage, enables her to render stories in a way that short‑circuits the conscious mind and assaults the viewer with inconvenient truths. We are mugged on memory lane. We are asked to embrace her story, to understand, to accept. The story she tells, like every story built from the unease or disease of fundamental or unsettling truth, is here carried by the viewer with the potential to go viral.

These new works present her personal history of the spirit life, the magical realism, the ghost stories, often experienced within Aboriginal reality. It has been argued by many that magical realism in literature is merely a colonial framing of the colonised culture and ways of thinking. Aboriginal ways of being, and Aboriginal culture when published as literature—as in the works of Kim Scott and Alexis Wright, for example—are considered to be magical realism, but in reality they are simply borne from a position of Aboriginality. This is also true of the works of Millar‑Baker.

Millar‑Baker has always used her works for storytelling. I Will Survive is perhaps her strongest storytelling yet, driven by ghosts, warnings, reciprocated love of Country, family history and mythology. And, as the personal is always political on Aboriginal land, it forces us to remember the genocide. The title of Millar‑Baker’s new series might, in some people, invoke the Gloria Gaynor song of the same name. But to me it goes elsewhere.

To me it turns on the song by an Aboriginal band out of Adelaide, No Fixed Address. Their biggest hit and best‑known work is the masterpiece written by Bart Willoughby, “We Have Survived.” “We have survived the white man’s world,” Willoughby tells us. And, as he suggests, in the present and the future we cannot forget the past. Our grandparents and our parents faced genocide, a genocide still ongoing signified by black deaths in custody. And yet we are still here to mash up the themes and choruses.

Millar‑Baker’s forthcoming exhibitions include I Will Survive at the Vivien Anderson Gallery, Melbourne, in February 2020, and There We Were All In One Place: Hayley Millar Baker, curated by Stella Rosa McDonald for the UTS Gallery, 13 April – 14 June 2021.

Claire G. Coleman is a Noongar woman whose ancestral country is on the south coast of Western Australia. She writes fiction, verse and non‑fiction including the novels Terra Nullius and The Old Lie. Her essays and art criticism have been published in numerous national and international platforms.

The artist biopic: Works without authors

James Newitt: Working with the trouble