While walking through the Esplanade Park in the port city of Fremantle in the late 1990s, I saw something on a monument that I had not noticed before. Surrounded by towering Norfolk Island Pines is a carved granite monument to the explorer, politician and pastoralist Maitland Brown (17 July 1843 – 8 July 1905). Stained by bore water, the six-metre-high monument principally commemorates Brown’s command of a search party for the explorers Frederick Panter, James Harding and William Goldwyer who are memorialised in the same monument with smaller bas-relief sculptures.

It was widely reported that these explorers had been killed by Aboriginal people while asleep at Bidyadanga (La Grange) in the Kimberley, although this speculative account has been convincingly debunked.[1] The ensuing La Grange expedition recovered the explorers bodies and resulted in the deaths of up to twenty Aboriginal people.[2] The expedition is grimly described on the memorial as punitive and the alleged Aboriginal perpetrators of these murders were not brought to trial; indeed, this was never about justice but vengeance.[3]

Nevertheless, the public funeral of these explorers was the largest that Perth had ever seen and this cautionary tale of Aboriginal insurrection and its necessary defeat grew in potency and through its repetition stood for a kind of truth. The accumulated attention of this narrative resulted in the construction of this monument almost fifty years after the event. And, as history has shown us, for those who dominate the tools of dissemination, truth need only be the representation of it.

In the practised way Indigenous people learn to filter out the dissonant messaging of these traumatic and re‑traumatising histories, I barely even registered the memorial when I walked past it. But on this occasion, it was not the bronze bust of Maitland Brown that caught my attention, but the placement of a smaller plaque that had a slightly different patina and was sparring for space towards the base of the plinth. I learned that it had been added on the 9th of April 1994 by the Fremantle Aboriginal Baldja Network working with Historians Bruce Scates and Raelene Frances.

As a young history student, this small plaque was a revelation. It dared to publicly and permanently contradict the heroism and innocence of these settlers, and the expansionist fantasies of their journeys into “Terra incognita”. While I flinched at the one-dimensional nature of their narrative, I also recognised the importance of being a speaking subject within this history and speaking out to this history. The plaque served not only to interrogate the veracity of these particular historical claims, but also to show how these ideological markers still have a hold over our personal thinking and collective behaviour.

These attempts to place alternative and often oppositional versions of historical narrative side by side, is now understood to be an act of dialogical memorialisation[4] and they generate expansionary movement in and produce less familiar versions of our histories. Jenny Gregory, president of the History Council of WA, suggests that local councils should routinely audit statues and plaques to check for offensive wording, saying “History and historical research doesn’t stand still.”[5] It is significant that both plaque ends with “Lest We Forget” which has entered into common usage across the Commonwealth as an invocation to never forget the human sacrifice of war.

In Rudyard Kipling’s poem “The Recessional”, from which the phrase is principally derived, the message is more nuanced and its sadness more allusive. Composed for and published towards the end of Queen Victoria’s Diamond Jubilee celebrations in 1897, the poem extols aggressive British imperial power, but it also suggests that this earthly power – the “Dominion over palm and pine” – could be impermanent and finite; indeed, the poem anticipates the declining years of the British Empire.

The interventionist nature of this plaque signals not only the value of gathering the past into the present and lingering in the space of discomfort, but also a democratisation of history and a reimagining of what could come and what we could become together. While these corrective measures are important and offer a restorative process of cultural equity, whiteness is still central to the narrative. We need more than just an audit of memorials, but the creation of new memories.

We often naively consider this frontier violence to be far removed from the places that are now are cities, but Perth and its surrounds was also a site of violent resistance. Take the case of Yagan Square and its memorial to Yagan, a member of the Whadjuk Noongar people, who is believed to have been born around 1795. He was a warrior who resisted the encroachments of the Swan River Colony and his exploits were well known. George Fletcher Moore wrote “The truth is, every one wishes him taken, but no one likes to be the captor ... there is something in his daring which one is forced to admire.”[6] But the bounty offered for his capture, ultimately led to his violent death and dismemberment. Upon his death, his head was sent to England where it was on display as “Head of a Barbarian” until it was buried in an unmarked grave in a Liverpool cemetery in 1964. After years of protracted legal requests, Yagan’s remains were repatriated to Perth in 1993 and were finally laid to rest in 2010 after much community consultation and conflict.

Earlier this year a new public space in Perth opened called Yagan Square. Years in the making, the name was a surprising choice from the Liberal state government then in power. The square is a meeting place and allows for easy pedestrian access between the city of Perth and neighbouring Northbridge. Full of cafes, restaurants and a large screen to allow for shared moments of congregation, it features a nine-metre-high cast-iron sculpture of Yagan titled Wirin, meaning spirit. The work was created by Tjyllyungoo Lance Chadd, a senior Noongar artist in collaboration with Trish Robinson and Stuart Green through Big Spoon Art, a Perth-based public art studio.

The statue in Yagan Square is the second public statue of the warrior, the first by artist Robert Hichcock was commissioned for Heirisson Island in 1984. But the life-sized sculpture itself suffered ignominy when it was beheaded by an angle grinder once in 1997 and again in 2000 and this vandalism divided opinion. For some, the act was a trivial, juvenile stunt. But for the Noongar and Aboriginal community it was yet another public humiliation for Yagan and his memory. David Martin described the vandalism as an “act which speaks not only to the continuance of white settler racism, but also to the power of mimesis to invigorate our modern memorials and monuments with a life of their own.”[7] This was not just an assault on the memory of Yagan, but the power of memorial itself. And yet, these acts of vandalism designed to diminish the achievements of Yagan, served only to further highlight them.

Denial is not a shield against Australia’s history, it is constitutive of it. These acts of desecration and erasure continued the work that started in 1829, the year of Perth’s founding. Almost two hundred years later, there is growing but not unanimous agreement in the recognition of multiple, overlapping and contested histories. The public inscription of the narrative of Yagan in such a prominent location speaks volumes about this ongoing process of cultural rapprochement and indeed makes legible the distance that has been conceptually travelled. The symbolic restoration of Noongar cultural values and heroes within this space is not merely a defiant act of decolonisation, it is an affirmation of Indigenous ways of being, knowing and belonging to the world.

In Tjyllyungoo’s (Lance Chadd’s) artist statement he celebrates not just the presence of Yagan, but the presencing of his knowledge. Yagan always remained outside the jurisdiction of the state but he was steadfast in the practice of Law: “(Yagan’s) powerful presence will offer the public audience an interactive visual, visceral experience of these inseparable, inherent cultural values which represent the ancient Cultural law and reciprocal relationship of nature worshiping. These are the cultural values within cultural Law that our 38-year-old Whadjuk Noongar warrior ‘Yagan’ and his father ‘Midgegooroo’ fought so fearlessly to protect during the Swan River Colony in 1833. Our traditional custodians accumulated cultural knowledge and responsibilities, passed down over thousands of years, on particular specific care for country that in turn, provides and cares for all life. This design signifies our people’s longevity in the spirit of our Culture.”[8]Contributing to the memory and the re-spiriting of place, this public work of art marshals a distinct Noongar consciousness that is political, social, cultural and ecological.

In the new Perth Stadium, Noongar author Kim Scott uses language as a marker of Indigenous presence and survival. Scott has had a seventeen‑verse poem, Kaya, in Noongar and English, etched into 68 precast concrete panels that encircle the podium level of the stadium. Composed with a group of elders, the poem describes the experience of physically coming together: “Shoulder to shoulder we stand, the ancestors and us; We stamp our feet, we beat our palms, We voice a sound that lives; a crowd, reborn.” The Noongar text is intentionally larger than the English version, but the two texts are designed to be “interweaving.” Unlike the monument to the explorers, with their separate and irreconcilable differences, this pairing suggests a respect of difference and the greater potential of coming together. It is a public marker of Noongar language, identity, belonging and agency.

In complicated and indeed unequal ways, we all become the story of this place. The challenge of inhabiting the world full of brutal contradictions is also the opportunity of anticipating the histories still to come. Publically inscribing the landscape with the complexity of our stories, the wholeness of our histories is the only way we can ever be whole and the only way we can ever be wholly ourselves. If the thousands of people who walk through Yagan Square and the Perth Stadium notice something that they have never noticed before, it might start a conversation, a line of questioning, or a new awareness to the memory of place. These public works of art slowly embed themselves in our collective consciousness and contribute to remaking the world otherwise and to describe what could come and what could be.

Stephen Gilchrist is Associate Lecturer of Indigenous Art at the University of Sydney, and belongs to the Yamatji people of the Inggarda language group from Western Australia. 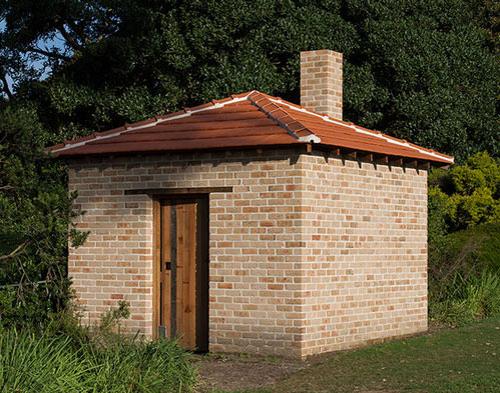 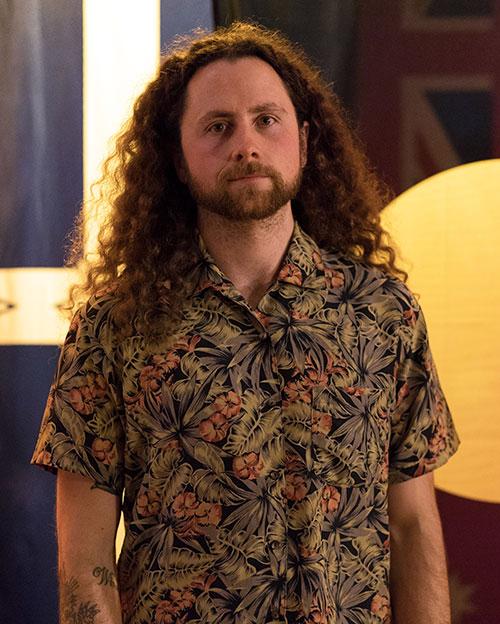