Data can only tell a selective story, no matter how comprehensive or authoritative its collection or presentation. There are always gaps and elisions and alternative interpretations. Working with data in the creative arts foregrounds the process of interpretation and the tension between authority and speculation that comes along with it. In Mirror Sydney, a writing, mapping and illustration project about the urban environment that I began in 2012, I have drawn on a combination of information from archives and more speculative or associative forms of data: rumours and myths, encounters and memories.

When Raquel Ormella approached me with the idea of making a work about an entry in the Design and Art Australia Online (DAAO), written by art historian Joan Kerr, I was able to experience the interpretative nature of working with data within my own autobiography. Kerr’s work, in her biographical dictionaries of pre-1870 artists, women artists, and Australian cartoonists brought into the art-historical narrative artists and artforms that had been considered marginal. Kerr’s entry for “Vanessa” described her as the author of one of the longest established zines, Psychobabble, and how it was likely she had chosen Vanessa as a nom de plume in homage to the 1960s cartoonist Molly Horseman, who used “Vanessa” as a pseudonym.

In the conversations that formed the basis of Ormella’s graphic work Joan Kerr and The Mysterious Vanessa, she and I discussed how Kerr’s entry, while factually incorrect (Vanessa was my birth name, Psychobabble was a zine I made as a teenager, from my suburban bedroom) nevertheless opened up a space in the art-historical archive, for zines and for provisional forms of data. At the time of Kerr’s research in the 1990s, zines were considered primarily as subcultural products. Their lineage was traced from early twentieth-century science fiction fanzines, to their adoption by underground music, particularly punk in the 1970s, through to Riot Grrrl in the 1990s. By including zine creators in the DAAO, Kerr acknowledged zines as experimental aesthetic forms that could be linked to a tradition of cartooning and graphic art.

As well as making visible the underground practice of zinemaking, Kerr’s speculative entry gives rise to considerations of how data can both reveal and conceal. Kerr expected her entries would be revised with more precise information. But in the case of The Mysterious Vanessa, Ormella lets Kerr’s speculation stand. The work of revision takes the form of a series of documented conversations between Ormella and I, in which we try to unravel the mystery and discuss the unpredictable way that the ephemeral medium of zines have been recorded in archives.

The relationships and connections between artists in the art‑historical narrative was also the basis for Agatha Gothe-Snape’s Every Artist Remembered (2009–2011). The work took the form of a series of two‑hour conversations with artists including Callum Morton, Mikala Dwyer and Barbara Campbell, and the resulting documentary drawings. In these conversations the artist was asked to “remember every artist,” alternating with those offered by Gothe‑Snape, who recorded the names generated in the discussion. The drawings are of lists of artist’s names, presented in intuitive or relational groupings, positioning contemporary local artists alongside the canonical, such as Sarah Goffman alongside Damien Hirst alongside Alan Kaprow (Every Artist Remembered with Ian Milliss, 2011).

Gothe-Snape’s charts of artists’ names externalise processes of connection and interrelationship. Some artists’ names appear often, across multiple maps (Georgia O’Keefe, So Le Witt), while others are more recognised in fields outside of visual arts (Georges Perec, Rowland S. Howard). That the names can be reconfigured into endless combinations shows data in an applied form, as malleable and subjective as it is informative and authoritative.

The cartographic prints of Justin Trendall similarly show relationships between artists. These names are connected within networks of place, such as the creative communities and influences within the inner Sydney suburb of Darlinghurst (Darlinghurst, 2010) or systems of thought (Hellespontine Evening, 2013). In contrast to the light and space of Gothe-Snape’s works, Trendall’s embroidered prints resemble spiderwebs or circuit boards, with thin lines like threads or wires forming an overall structure in which the names are situated. Street names run vertically through Trendall’s Darlinghurst as an organising grid, but predominately the work portrays a topography of memory and cultural associations: one section, for example, positions the Tin Sheds Gallery alongside 1980s band The Triffids alongside Friedrich Engels. These relationships between sites, sounds and ideologies occur across the map. Names emerge from the pattern of threads, both revelatory and obscure, and the ultimate work of decoding how the names come together to shape the place resides with the viewer.

If all data can support multiple interpretations, this is particularly heightened for place-based projects. Places are understood in multiple, and exist as a myriad of overlapping versions, anchored by the physical environment. Versions corroborate, dispute and build upon each other. The textual mapping of Trendall’s Darlinghurst can be compared with another Darlinghurst project, Darlinghurst Eats its Young by Madeleine Preston. This collection of snapshot photographs from inner Sydney in the 1980s, reveals “a pre-digital version of a now almost disappeared city”, and fills out Trendall’s more schematic interpretation of place with individual moments and memories. Darlinghurst Eats its Young takes the viewer inside living rooms, squats and galleries, into snapshot moments of haircuts, picnics, dress-ups and parties, visualising a collective existence in a creative community.

Registering the city’s changes was one of the foundations of Mirror Sydney, applying scrutiny to unremarkable or overlooked places and minor suburban landmarks. My aim was to collect stories and observations of places such as abandoned amusement parks, anachronistic shops, mysterious infrastructure, or the traces of past uses and interpretations. In contrast to the social and intellectual networks visualised in Trendall’s works, Mirror Sydney worked outwards from the observation of physical environments.

Data about cities is often characterised by demographics: population density, land use, census information, distances and boundaries. This data, readily measurable by established systems, produces a skeleton version of the place. What fleshes out places in our lived experiences—the many layers of knowledge, understandings, stories and memories—mostly goes unrecorded and unrecognised, at least for audiences beyond the individual or personal.

Considering visibility as the act of making apparent, rather than strictly visual, I thought about how I could present the more ephemeral or subjective elements of places without locking them into a strict narrative. Mirror Sydney has at its core a blog and a series of hand-drawn maps, both forms which gather and present information. The blog posts and the maps encourage the reader or viewer to make connections beyond the work, out into the specific places they document, and other such places elsewhere, applying a similar scrutiny to local environments. The blog is a flexible medium that encourages collection and communication. Despite their potential as a creative form, blogs are most often used as supplementary to other more traditional creative work, or are considered personal projects, operating aside from the hierarchies of literary or visual arts. Against this perception, Lucas Ihlein’s blog-based artworks Bilateral Kellerberin (2005) and Bilateral Petersham (2006) established the blog as an artistic form in itself, which applies a particular framework for attention to everyday life. The form produces a way of seeing that encourages investigation and attention to detail.

Mapping provides a counterpoint to the text-based accounts of places, and maps as data visualisation shows connections and encourage multiple potential readings. While mapping and visual arts practices have long been intertwined, it is in the last decade that counter-mapping and experimental cartography has explored the interdisciplinary potential of mapping. This includes physical and virtual works with the effect of subverting the power and authority of maps as objective documents. They can span disciplines and methodologies, appearing as combinations of visual art, literature, architecture, design and geography. Some of the most powerful works produced in this framework are those which present Aboriginal stories around connections to country. Judy Watson’s paintings of North West Queensland, or the collaborative mapping works of Kim Mahood and the artists of Mulan in the West Kimberley combine Western cartographic elements and Aboriginal stories and visualisations of country.

For the Mirror Sydney maps, I drew on the handmade processes that I used in my background as a zine maker. Zines have an aesthetic that foregrounds process, whether it be the glitches of the photocopier or the traces of cut and paste methods of assembly. This aesthetic undercuts the authority of the map, producing a more speculative account of places and the elements which shape them. In the Penrith Arcades Project map, the arcades and their details become the major feature of the place, revealing spaces that are tucked away out of sight of the street, a metaphor for looking beyond the surface. The Sydney Mystery Structures Map, reveals a city stripped of its usual landmarks. Instead, the city is one of weird infrastructure, roads that lead nowhere, and obscure edifices, making an alternative version of the city visible.

The texts and maps of Mirror Sydney are assemblages of data that fall somewhere in between history and memory, their elements open to rearrangement and reinterpretation. This is at the core of working creatively with data: arranging and interpreting, creating connections and speculations from archives, observations and conversations.

Vanessa Berry is a writer and is also known for her creative cartography and map‑based artworks. Her third book, “Atlas of the Recent Past”, will be published this year, based on her urban history blog Mirror Sydney | mirrorsydney.wordpress.com 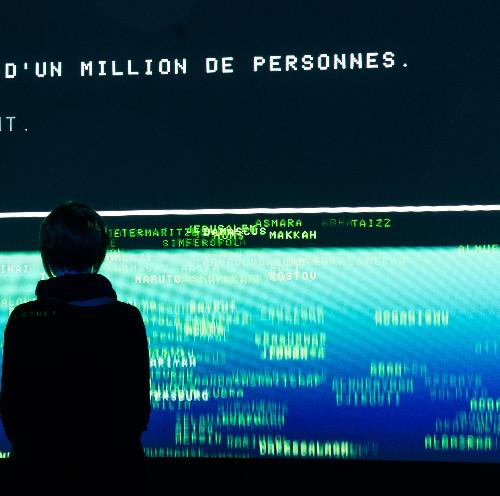 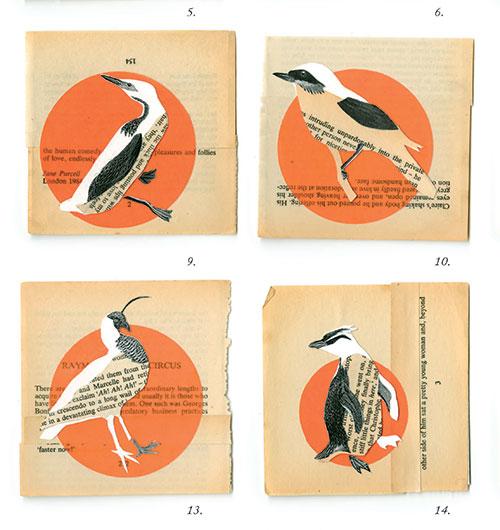 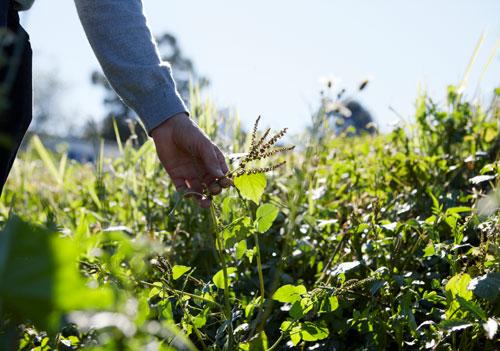