Roy Ananda: How to write a fan letter 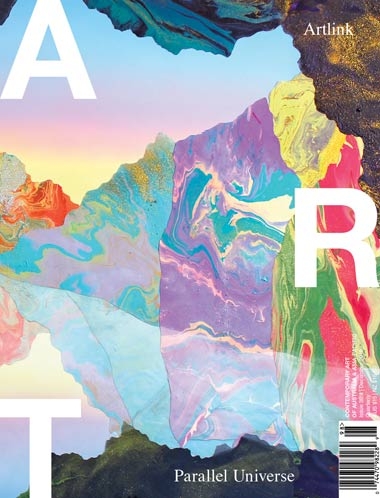 Roy Ananda’s How to write a fan letter (2016) is the artist’s latest installment in his ongoing engagement with fan cultures. Succumbing to the fan’s impulse to bring fictional characters into real life, comment on and extend the narrative, How to write a fan letter is rich with pop-cultural references to heavy-hitting luminaries such as H. P. Lovecraft, Batman, and Jim Jarmusch’s Ghost Dog. Intelligent, playful, and multi-layered, it is a deeply engaging celebration of fandom.

We are standing in Hugo Michell Gallery, Adelaide, the site of Ananda’s most recent exhibition. On the ground there is an overhead projector stacked with a thickly coiled length of garden hose, illuminating a plastic toy bat. The projected silhouette of the bat looms large over the corner of the room, with all of the endearing DIY chutzpah of a child’s crude attempt to bring a fictional character and its world into reality. “I tried to create a bat signal with a torch as a kid,” Ananda recalls. While the original attempt failed due to insufficiently powerful equipment, Bat signal (2016) is a triumph of found objects revisiting this same spirit of childhood playfulness.

On the opposite wall, a death notice mourns the passing of Exham of Farloft, the Dungeons and Dragons character that Ananda has been playing for more than two years in a long-running campaign. It turns out that Exham of Farloft is still alive and well and the death notice is just a fake. Ananda tells me of the concern that was sparked in fellow players when he decided to make this work. “They were really worried that it might foreshadow my character’s death.”

Meanwhile, Composition for three kit models (2016) emerges from the wall behind us like an architectural maquette for a proposed off-world site. Comprised of components that hail from three different fictional universes—Star Wars, Neon Genesis Evangelion and Dungeons and Dragons—the work bears all the hallmarks of intentional over-engineering and highly detailed construction similar to that employed in previous works such as Slow crawl into infinity (2014), Untitled (2010) shown in CACSA Contemporary’s The New New, and The walls became the world all around (2003).

This time, the immense scale of these monuments to mythopoeia and play is shrunk down to the more intimate scale of the kit model, captured in the complex and delicate composition, Composition for three kit models (2016). All around us, the room resonates with the recurring themes of construction, play and fictional universes that surface in Ananda’s work. Beneath the layers of reference and the masterful use of various media, there is also a deep engagement with what it is that makes us human.

Various definitions have been posited for coming to grips with what defines us as a species. Is it our ability to control our environments through the use of tools? Is it the play element in our cultures and societies? Is it our use of storytelling and mythmaking habits that define us? For psychologist Thomas Suddendorf, what separates us from other animals is our imagination and having friends with imaginations. In The Gap: The Science Of What Separates Us from Other Animals (2013), Suddendorf arrives at the conclusion that two key things set humans apart: “Our open-ended ability to imagine and reflect on different situations, and our deep‑seated drive to link our scenario-building minds together”.[1]

As an artist, a fan and a player of table-top role-playing games, Ananda inhabits and exemplifies the defining abilities and drives that Suddendorf speaks of. While fan cultures can form around any number of human pursuits—sport, music, daytime television—Ananda is drawn to Sci-fi and speculative fictions. The tip of this imaginary iceberg and its underlying constructed world based on storytelling and fictional play represents our seemingly endless ability to conceive of and reflect on alternative situations. It also provides a site of convergence for connecting with like‑minded friends, with whom we can imagine and infiltrate these new worlds together.

“I’m interested in the internal logic of a Warner Brothers cartoon, where a heart can beat out of a chest, or an explosion can be contained inside a box,” he says. Recalling two of his earlier works from 2006, he says. “That’s an alternate reality, a speculative kind of fiction, just like Star Wars or Lord of the Rings. Some worlds work better than others.”

Great speculative fiction authors are exceptional at building believable and engaging worlds that don’t fall apart, but rather hold together and build momentum from a strong internal logic. The works of author H. P. Lovecraft, for example, have long been a source of contemplation for Ananda. Whole bodies of work, such as a The Devourer (2013), have explored the possibilities of a Lovecraftian universe where the dichotomies of stability and instability are prominent. On the one hand there is recognisable order; on the other there are disorienting possibilities, such as bending and folding space. In How to write a fan letter, Ananda moves his focus on Lovecraft from exploration of the author’s worlds, to the world of fan engagement with Lovecraft’s work. At the Mountains of Madness by H. P. Lovecraft (annotated), page 101 of 102 (2016) is an eloquent presentation of these multiple approaches.

Full of fan gush, trivia, and comparative analysis, both works aim to approximate the experience and feeling of a fan’s engagement with a work. They also speak of the fan’s irrepressible need to commentate, invest in and extend the narrative, like a long-running game of Dungeons and Dragons. Through these works Ananda reminds us that, via the active engagement of the fan, culture is both process and product: “It’s an active process. When you’re a fan, you’re not a passive consumer of media. That work talks to you and you talk back.”

Jenna McKenzie is an arts writer based in Adelaide. 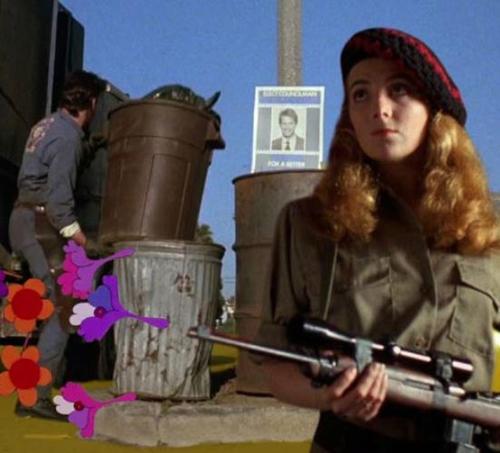 Soda_Jerk: Flowers from the barrel of a gun 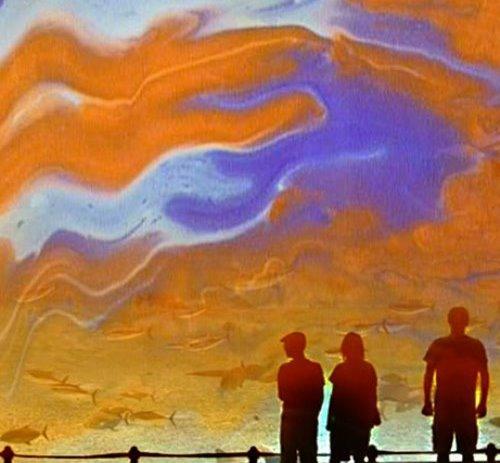 The new capitalist realism: Science fiction in art of the 2010s 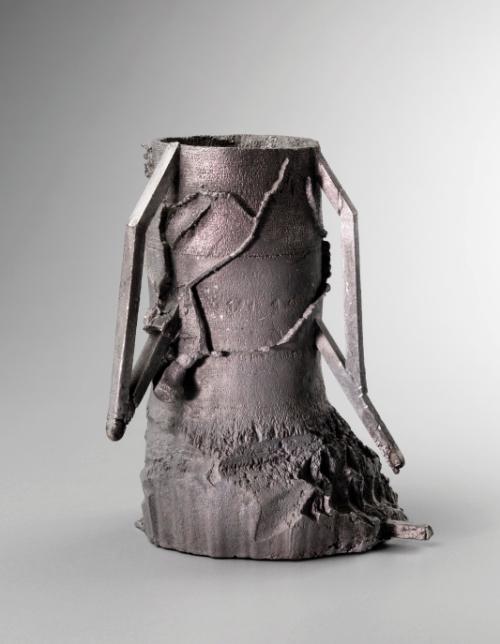 Matthew Bradley: The year of a thousand suns 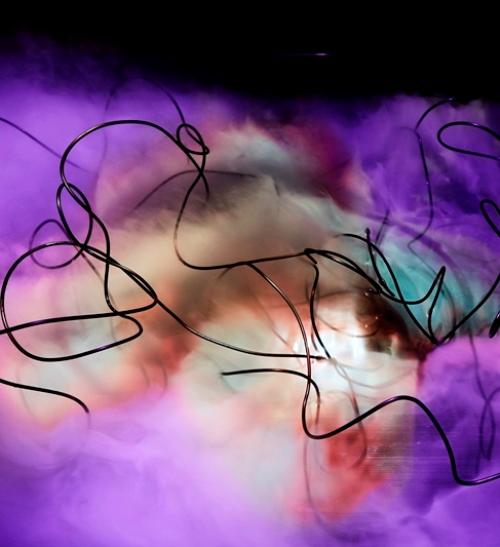 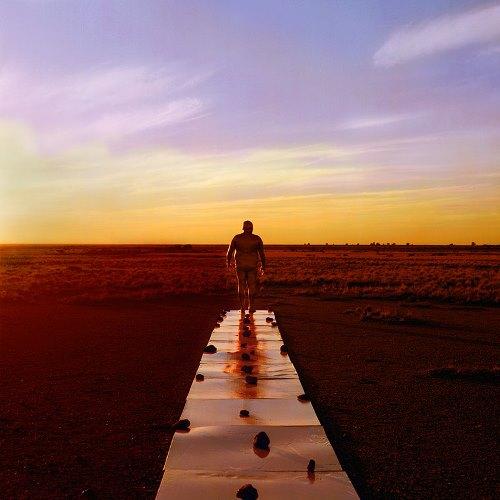 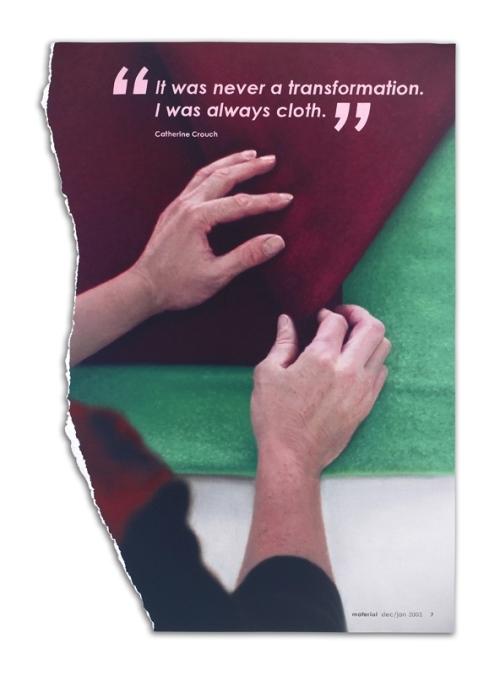 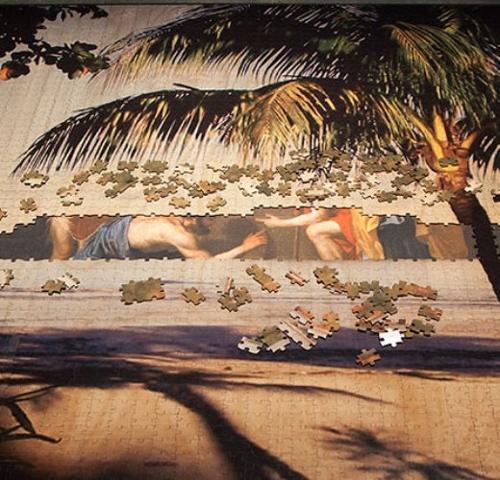 Superfictions and adventurism: The art in everyday life 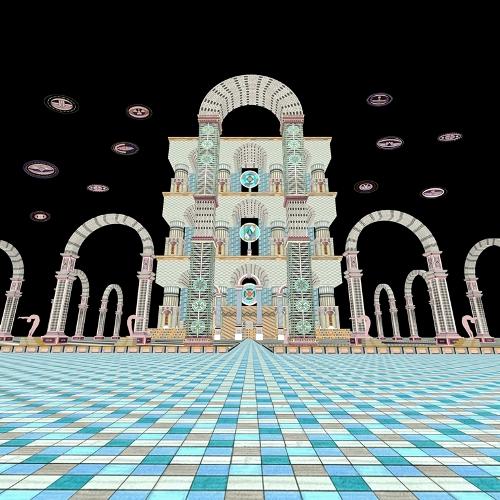 Virtual reality and the museology of consciousness