A Room of Their Own

A room without any view, arguably marginalised at the rear of the main gallery space of the Jam Factory, has seen, since the opening by the Queen at the 1992 Adelaide Festival, exhibitions of a range of media usually defined as 'craft' - ceramics, glass, jewellery etc. But this space is providing the only real institutional venue in Adelaide - and perhaps in Australia - for a serious reappraisal of jewellery as an art form critically engaged with the theoretical debates of today's cultural artefact makers.
The white paint and floor to ceiling glass-fronted display cases of this small rectangular space are well-suited to the precious, the delicate and the intimate - although the glass prevents one from becoming too intimate and actually handling the objects. The work of Matthews and Cmielewski used this new space to maximum advantage.

Indeed, the two exhibitions could easily have been seen as fundamentally about the use of space - sculptural installations of cross-referenced exquisite constructions of metals (precious and non-precious), plastic, acrylic, bone, fibre, paper, shell, paint and stones. But this was jewellery - not what most would call sculpture. Is it the difference of scale or that this jewellery is intended to be worn? Despite pieces such as Matthews' brooches where one can, and indeed perhaps should, wear all 52 individual brooch elements at once - Matthews and Cmielewski's works are fundamentally entities displayed as a unit but always intended to be broken into constituent parts for wearing on the lapels of the ageing baby-boom generation with no on-going life, except in the artists' and the collective memory in reviews, in terms of the groupings and the relationships implied and declared in the processes of evolving and mounting a body of work for exhibition.

These exhibitions raise questions of not only where and how jewellers exhibit work but also how does one define jewellery when confronted with such objects which, although suitable for ornament, sit alone as sculptures, small but with a definite sense of presence and integrity, and, in the case of Matthews, sit mounted against the purity of luscious sensually embossed cotton rag paper as both two dimensional and three dimensional objects d'art?

We are in an age where there has been at least some breaking down of the academies' hierarchical structuring of what is and isn't art - an arbitrary construction which goes back long before the 19th century. Although paintings still maintain a stranglehold on 'Importance' - it is exhibitions such as these that offer an opportunity for the reappraisal of those two hoary old questions - what is art and what is the difference between art and craft. (See 'Artlink' Vol. 12 no. 3.) Indeed, the group exhibition in which Cmielewski participated saw jewellery, always, at the very least, a high class craft, further challenging these divisions by exhibiting the mesh hats of Nele Schmidt (one of which it is understood was purchased by the Art Gallery of South Australia) and the glorious range of buttons produced by Lynda Grieg. Issues of gender might well suggest themselves at this point but like the questions of art and craft, such matters are too substantial to enter into in a short review.

Adelaide is 'blessed' with being the home of one of the most interesting collections of individuals who are investigating these questions through their art/craft of jewellery - that is the Gray Street Workshop. Long since departed from the abode that originally gave them their name, this workshop is now one of the tenants in the new Jam Factory facility. Matthews is a member of this group and Cmielewski has a long-term association with them. The nearest parallel seems to be the Fluxus group in New Zealand and together they stand as major players within an international movement which uses jewellery as more than ornamentation for the rich. Not that these are objects created for the working person. Certainly there have been endeavours by a generation of jewellers to, by the use of non-precious materials, make their work available to a broader audience with a different economic base. The late Peter Tully's plastic work and Lyn Tune's paper postcard jewellery are reasonably readily accessible early examples which have already been recognised and collected by the major museums.

The new generation, as typified by Matthews and Cmielewski, Gray Street and Fluxus, are not priced as diamonds or as postcards but are reasonably affordable. They seem less concerned with the use of any material (not restricted by the notion of their audience or traditional views of what is acceptable jewellery practice) than to realise their ideas, to investigate their whims, their play and their views of life. Indeed in viewing both sets of work one senses the elements of play; the evolution of ideas; the elevation of the simple found object into the 'sacred' such as the dried bones of bird with their echoes of life supported by so delicate a frame; elements of shadow; the sexuality of the embossed outline of the magnolia blossom; the sense of being caged; dreams of flying; references to fairytales; unidentifiable echoes; stairs; death; snakes and ladders; elements evoking the non-Anglo cultural background of Cmielewski; but perhaps above all a reminder of the enjoyment and the pleasure of the visual and the tactile. These are all combined in various ways in a seductive subtlety.

The difference in background can be sensed- Matthews having a path through art school (Bachelor of Design, Underdale) and Cmieleswki a varied path through Politics at Flinders University to work in the north with Aboriginal communities - they represent both the Anglo-Celtic suburban and the multi-cultural European. But there is a unity in the sense that I came away from both exhibitions with a sense of beauty, delicacy and craftspersonship and with the evocation of questions of what is this form, what are the references - an inner connection not quite explained but secreted like a cuckoo egg in a nest waiting to break out and demand recognition.
The difficulty of really documenting the beauty of these works in photographs is almost a metaphor for the sense of the secretness of the world in the work of both artists. The meanings are not offered up readily. The works in the almost closed space in which they were both exhibited, a space you almost have to know exists, created a sense of cohesion, a sense of a secret room of their own into which one was invited to enter and was duly rewarded.

The popular understanding of the so-called 'insane' artist cannot be summarised better than in the schmaltzy lyrics of 'Vincent' written and sung by Don McLean in the 1970s. He plaintively chides those who misunderstood the living Van Gogh and charges them with the responsibility for his suicide.

Photographs by Dianne Longley of domestic dwellings in and around Adelaide South Australia.

In country towns, suburban lanes and backstreets, tucked behind barricades and fences or alternatively displayed for all to see, are the gardens and decorated outdoor spaces of many 'other' artists. These gardens or 'exhibitions' could generally be called quirky. Many coloured photographs.

Self, Image and the Gaze: Anna Platten

Arcanum (Extracts from the Archives)

I just had this Inkling...

Interview with Tazz a tattoo artist in South Australia.

Reflections on Being: Being and Nothingness 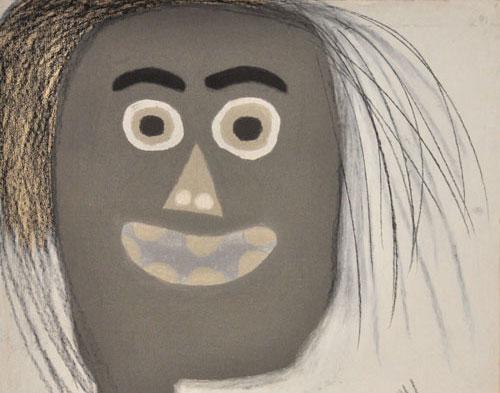