Shahidul Alam: You're blocking the sun 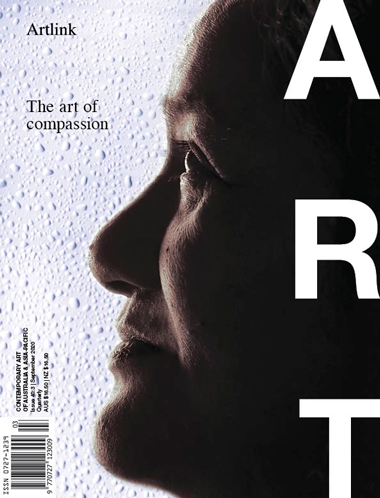 I don’t want to be your icon of poverty, or a sponge of your guilt. My identity is for me to build, in my own image. You’re welcome to walk beside me, but don’t stand in front to give me a helping hand. You’re blocking the sun.

“Sorry for the inconvenience. We’re fixing a failed state” read a sign from the 2018 student protests in Bangladesh. Sparked by issues of road safety, following the death of two students, a large protest movement emerged in the lead up to elections, voicing broader frustrations about corruption, violence, and inequality.[1] Shahidul Alam had been reporting from the protests and had publicly criticised the Awami League government’s response live on Facebook and other social media.

On 5 August he was abducted from his apartment by dozens of plain clothed police just hours after giving an interview to Al Jazeera. He spent the next six days on remand, initially unsure if anyone had heard his screams or knew his whereabouts, after which he spent 101 days in Keraniganj jail before being granted bail. His disappearance and incarceration catalysed national and international protests and campaigns led by peers, friends, and collaborators—campaigns that were advanced by Shahidul being named a 2018 Time Magazine person of the year, alongside a number of journalists and whistle-blowers persecuted for their work.

At the time of writing, Shahidul, while released on bail, still faces up to fourteen years jail. Unbowed, he is urgently reporting on the impact of COVID-19 on day labourers in Bangladesh. He is predicting a famine and urging people to join grassroots movements. His former photography student, Taslima Akhter, is organising one of these campaigns alongside garment workers who have lost their income and accommodation. She is working now to supply food and medicine, and helping to craft a list of demands.

It is difficult to describe Shahidul’s work through the typical labels of professional practice. While his work traverses activism, art, media and education in innovative and responsive ways, such descriptions tend to compartmentalise and divide rather than reveal the overarching social and political aims of his practice. Whether through establishing a media agency and an educational institution as a way of resisting the hegemony of globalised media, or using the ambiguity of art to voice the unsaid and the unsayable, or candidly challenging autocratic power, it is a practice loyal to context rather than professional rules or expectations.

Shahidul’s early adult years were spent in the UK obtaining a PhD in Chemistry at the University of London—an experience he credits with influencing his analytical approach to problem solving. Having been involved in student politics during this time and realising the potential for photography to make politics visible, he realised that “Bangladesh did not need yet another research chemist” and that perhaps he might have more impact as a photographer. In 1989, after returning to Dhaka in 1984 and working as a photographer, he and Rahnuma Ahmed set up Drik Picture Library as a platform for local photographers and journalists to reclaim the telling of their lives and stories.[2]

The critical spirit from which Drik was founded drew on years of resistance to reductivist Western representations of Bangladesh as an “icon of poverty” rather than a revolutionary nation recovering from a war of independence, and struggling for democracy. According to Shahidul, the latter narrative sells fewer newspapers and, while poverty is almost always a product of exploitation, it is rarely positioned as such.[3] This led him to coin the term “majority world” to replace derogatory terms such as “third world” and “developing world” in the Western lexicon—arguing that “if the majority of the world’s population lives in the colonized and exploited lands of the Global South, why should they be considered ‘third’?”[4]

The success of Drik led Shahidul to establish Pathshala Institute of Photography, now Pathshala South Asian Media Institute, a world-leading school of photography and media. In 2000, he founded Chobi Mela (which is now the longest-running festival of photography in Asia) and, in 2004, he launched Majority World, a picture agency and platform for photographers and journalists from across Latin America, Africa, the Middle East, and Asia.

Shahidul’s work as a photographer and public intellectual have afforded him significant notoriety in Bangladesh and internationally. His broad networks and public standing have enabled him to participate in meaningful and sometimes risky interventions into political and public life. An example of this is Crossfire, which takes its title from a well-known euphemism in Bangladesh for the extrajudicial killings by the Rapid Action Battalion arm of the police force. The images in Crossfire depict places similar to the locations where “crossfire” killings have occurred, suggesting an evidentiary connection, but making no literal claim to it. The richly toned and eerily quiet images of doors, alleyways, rice fields, and landscapes appear as silent witnesses to the disappeared. Accompanying the images is a participatory digital map designed to establish a citizen’s database of “crossfire” locations.[5]x

At the opening, police arrived with orders to close the exhibition due to fears that it would cause “public unrest.” Having anticipated the government’s response, Shahidul and his colleagues at Drik Gallery arranged for an international media release with staggered embargos, including a feature article in the New York Times published several days before the exhibition was due to open. This, coupled with a live stream of the opening event, meant that within hours of its opening, the exhibition, its closure, and the meaning of the term “crossfire” had become an international news story, with the police intervention live-streamed to the world. The exhibition not only brought attention to the issue of extrajudicial killings, but through the unwitting participation of law enforcement, revealed the mechanisms of the state in suppressing dissent.[6]

In his book, The Tide Will Turn, these intersecting parts of Shahidul’s life are reflected in four chapters—Keraniganj Jail, Art, Politics, and Letters. The prison blocks in Keraniganj jail are named after rivers and flowers. By design, a prison prevents the flow of people and ideas. The flow of a river, on the other hand, cannot be contained simply by declaring a border. In the book, Shahidul recounts his time in prison through the flow and exchange of solidarity between prisoners.

These delicately recounted stories of friendship as collective care—from collaborative mural projects to the establishment of adult literacy classes with a focus on prison reform—typify Shahidul’s diverse and highly adaptable contribution to social and political life in Bangladesh. Dedicated to his “fellow artists whom jail has not been able to subdue” the book traverses his fluid approach to politics, art, and action. Despite the difficult circumstances shared—from his arrest to the decline in media freedoms, to the 1971 war of independence and the ongoing struggle for democracy—The Tide Will Turn demonstrates how important the connections between art, politics, and media have been in designing the institutions and networks that have enabled him to “stay with the trouble.”

In his introduction to The Tide Will Turn, Vijay Prashad writes that, for Shahidul, “There is no way to divide the world of art and politics; these are inextricably linked.” This is why “governments are afraid of art, the impression of life. Art touches us deeply—moves us to want to do something. It is why artists are so frequently killed and imprisoned.”[7]

Elsewhere, the Bangladeshi artist and theorist Arup Rahee has argued that the separation between art and politics can be symptomatic of the way western colonial education frameworks divide knowledge and separate creative practice from life and politics. Practice, he says, is “a mode of living-thinking-politicking-art-making which takes on a horizontal form rather that a vertical one … [existing] on the same plane while … simultaneously involved in all of them.”[8]

In My Seditious Heart, Arundhati Roy observes this gesture of separation through the literary world’s positioning of her as a “writer-activist.” She suggests that the label can be strategically used to dilute the contribution made by her work by positioning activism as a crude form of persuasive intellectualism, and writing as a diffuse practice, without political impact.[9] Like Shahidul, Roy’s practice seeks impacts beyond the expectations and measures of the professional world, and thus seeks recognition on these terms. This is reminiscent of Rahee’s argument for a more interconnected view of creative practice that rejects the “binary oppositions between work–life, theory–praxis” that can prevent convergences of multiple and connected actions.[10]

Shahidul Alam’s work intersects with many things—justice, culture, art, politics, commerce, education and more. He describes his work as a series of problems for which he felt some responsibility, and that over time became catalysts for action. This holistic praxis is perhaps a more compassionate way to think about the role of art in social change because it explores how we care for each other and build communities, respond to injustice, and find ways to communicate, rather than simply describing work in terms of the objects it produces, or its role in the canon of art.

Kelly Hussey-Smith is an artist and educator who lives and works on Boon Wurrung and Wurundjeri land. She runs The Photo Lab, a socially‑engaged photography project in Collingwood, and is a part of the Doing Visual Politics network. She is an Early Career Development Fellow in the School of Art at RMIT.

How can I live in your world? Empathic strategies in contemporary Asian art

Escaping freedom: Towards a culture of mutuality

Body, remember: Wrap me in a sister cloak

The visual journalist as a social entrepreneur

On thin ice: Creating a life beyond addiction

Regimes of care: Concerning the afterlife of artists

The idea of redemption: Artmaking in prison

Flesh after fifty: Changing images of older women in art