One of the joys of the exhibition program in Adelaide this summer was the biennial Australian Paper Art Awards show, now in its fourth year. It was show-cased to good effect at Artspace, in spite of the building demolition program that now envelopes the Festival Centre. The touring show and the accompanying catalogue are a tribute to its corporate sponsors and hosts, Australian Paper and the George Adams Gallery, Victorian Arts Centre, Melbourne. Exhibition curator, Lesley Harding, also sadly acknowledges the passing of Tristan Humphries, who played a central and collaborative role in the previous lavish biennial of 1999.

Even though the exhibition was pruned down from the original Melbourne showing, Adelaide gallery goers were still enabled to view representative selections of work by each artist that were medium to large scale. The twelve artists selected for the 2001 award demonstrated an eclectic range of approaches and their works were a stimulant to considering the endless riches provided by the medium of paper. Works which shone in the exhibition either did so by virtue of their graphic directness, or by seducing the viewer into looking more closely at the gestural and textural surfaces that had been wrought upon and in the substrate.

Without an overbearing curatorial agenda, shows like this in South Australia are like a breath of fresh air for those unable to travel to the eastern states to savour the smorgasbord of current artistic explorations The absence of any representation of South Australian artists working with paper is a surprise, nor were they in the 1999 show.

That being said, there were sympathetic resonances abounding through the show, between works by Ian Friend, Marion Borgelt, Jane Dyer and Allan Mitelman, and in a second grouping featuring photographic or computer manipulated imagery in works by Louise Weaver, Mary Scott, Robert Colvin, and evergreen Pat Brassington, whose The Flea (2001) and Berlin (2001) evoked the best of Surrealist tradition in images expressive of displacement, theatricality and disquiet.

Ian Friend's Fenestra Ovalis (2000), with its layered washes, stained arabesques and rhythmic dabs were an exuberant and methodical foil to the brooding, understated organicism emanating from Borgelt's technically accomplished Bloodlight Stack series (2001). Equally, Jayne Dyer's large multi-panelled Site I (2001), located as an installational keystone in line with the entrance to the gallery, sat confidently alongside these works, rich in its explorative purchase. One was teased by the knowing absence of her second catalogued contribution.

The selection of works for this show demonstrates a commendable attempt to include work by lesser known artists alongside those that have been practising their art and refining their focus over many years, although it is puzzling to see inclusions of groups of sketchbook studies by a few of the artists which hark back to art school exercises and sit somewhat lamely alongside such experienced company. The catalogue, less generous in its production than the lavish 1999 edition, provides well edited summaries of the artists' career achievements and concerns, although I was casting around at times for a magnifying glass to be able to read it - or maybe that was just a sign of something that catches up with us all.

Organisers and sponsors are to be congratulated on this undertaking, and it is hoped that the interstate touring schedule of such an event will continue into the foreseeable future. We in South Australia certainly look forward to the 2003 event, by which time the Adelaide Festival Centre will have undergone a transformation.

When Arthur Boyd gifted his large Bundanon property to the nation in 1993, he imagined the creation of a place that would become a living arts centre - a site where artists of all persuasions would come to find refreshment and renewed inspiration in the landscape. The Bundanon Artists Centre is housed in former farm buildings and has hosted writers, visual artists, musicians, choreographers and film-makers. Among the most celebrated are J.M. Coetzee, South African novelist, Peter Mumme, environmental composer and Dorothy Porter, Australian poet. Kronenberg also discusses the work of artist John R. Walker who was invited to participate as a senior-artist-in-residence in 2000.

Bronwyn Wright's work has closer links to the stealth associated with graffiti artists and the flamboyant play of the theatre than to large scale earthworks. It is based on intimacy with the site, daily visits, observations of seasonal variations and an anonymous interaction of dialogue with a young sub-culture. The ruined cars which adorn the site of 'The Swamp' where Wright works are symbolic mediators between earth and technological man. The car bodies wear away, crumple and disintegrate as the land itself is torn and worn and as our own bodies tire and retire.

A contested place: Film and land

The importance of place depends on what it means to us, what we make of it and our understanding of how it shapes us. In 2001 in the Australian film industry there was an avalanche of films, both documentaries and features, addressing issues surrounding place in the context of the relationship between black and white Australians. Six features which Hann values for their portrayal of this relationship are One Night the Moon, Rabbit Proof Fence, The Tracker, Beneath Clouds, Kabbarli-A Film About Daisy Bates and Australian Rules.

The work in River Systems responds to the region Ian Tully lives in, the south western Riverina of New South Wales and the surrounding country. The intention of his work is to question the whole notion of sustainability. Tully is continually torn between the design and aesthetics of industry, and the fragility, beauty and sensitivity of our diminishing natural systems.

Border Zones: An Eye on the World from Sydney

According to Chapman, the contemporary understanding of a globalised world is the result of the understanding that we all share a finite physical realm: this planet. The world is no longer understood purely in terms of geographic boundaries, but cultural ones. This article looks at some of the utopian values imparted upon some of the major cities in the western world and discusses concepts of globalism and localism as they contribute to a new perception of the world around us.

Chandler looks at the practice of Paul Johnson and Elizabeth Frith Poole, two artists who both live in the same regional area, but convey contrasting views concerning the significance of place. For Frith Poole, time spent investigating her immediate environment has led to a more profound understanding of it, while Johnson utilises materials that are claimed as belonging to specific sites or cultures to confront assumptions concerning landscape and identity.

Knowing the Place for the First Time 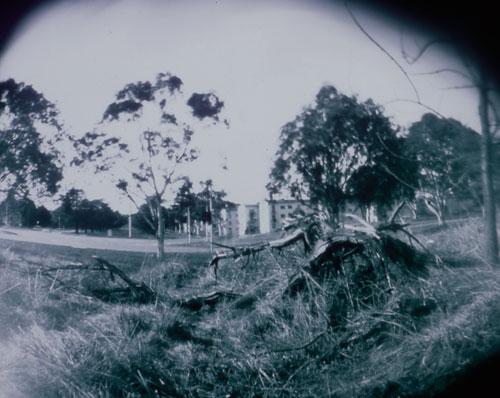 In 1998 Margaret Worth was invited by a small group of Pitjantjatjara women to visit the Tjilbruke Gateway installation at Warriparinga on the banks of the Sturt River in Adelaide. Months later Worth visited the women to talk about making a place like the Tjilbruke Gateway. This article looks at Worths role in helping to develop a built site which would signify as much as its natural environment did. In the process she learnt what was important to know about the land and developed her own understanding of place.