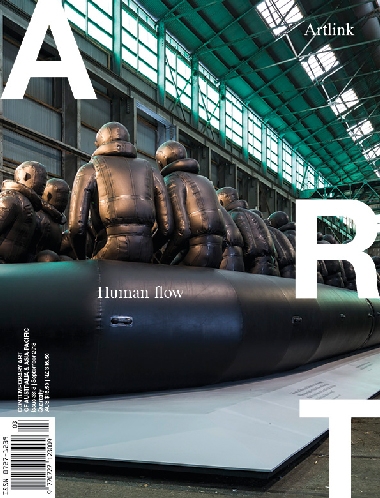 The late geographer Doreen Massey once wrote that “the world is specific and structured by inequalities. It matters who moves and how you move.”[1] New Zealand artist Ruth Watson has spent her 34-year career unravelling the disparities in agency that Massey alludes to. Preoccupied for the most part in an examination of cartography, its history and politics, her practice has more recently led her to explore the mapping of our environmental crisis and the systems of power that govern international flows of people. Her elaborate installation Geophagy (2017), the focus of a forthcoming publication, furthers this thread of enquiry as arguably her most ambitious and complex to date and provides a nuanced glimpse into the enormity of our current global situation.

Assembled in two different configurations, this large-scale sculptural and multichannel video work consisted of stacked wooden pallets enveloped in tonnes of second-hand clothing and was peppered by a variety of monitors. At the Gus Fisher Gallery in Auckland, Geophagy loomed above people as they entered the building’s 1930s Neo-Romanesque style lobby. Sited centrally underneath an ornate stained-glass dome, the work was assembled into a 5.5-metre high form resembling a ramshackle Bruegelesque spiralling tower of Babel. In Christchurch, at the Centre of Contemporary Art Toi Moroki (CoCA), Geophagy was remodelled into a labyrinthine field of 2.5-metre high hives in response to the gallery’s 1960s brutalist architecture and in particular its grid of large pyramidic skylights. Visitors who ascended CoCA’s central staircase encountered what seemed like an impenetrable wall of clothing that, upon their approach, dissipated into a maze of multicoloured fabric pillars.

The video components of both iterations filled the gallery spaces with a soft soundscape of voices reading a selection of texts by artists, writers and theorists ruminating on information infrastructures, environmental degradation and population control. The combined murmuration of this audio‑visual component presented a compelling ethical provocation in relation to global human flows. A leading example being an excerpt from the famous short story “The Library of Babel” by Jorge Luis Borges, which Watson paired with footage of endlessly scrolling IMG files. Borges’s narrative describes a fraught social class of men who preside over a seemingly infinite library said to contain the totality of all books that could ever be written no matter how illegible or absurd. Due to the story’s underlying mathematical logic, “The Library of Babel” has become a prescient metaphor for the internet, particularly its ordering of information and the capacity to accumulate mountains of data. Watson’s pairing of the story with scrolling IMG files reinforces this association. IMG files are a commonly used archival file format that store mirrored copies of an image spread over multiple sectors of a computer disk and has a comparable schematic of information dispersal and retrieval as described in “The Library of Babel.” And, like the politics that unfolds in Borges’s library, this partitioned logic that constructs the digital realm is clearly no computational utopia, but rather a battleground for governmental and corporate powers that vie for control. Connectivity through the digital labyrinth appears to have become weaponised by manipulating opinion, inciting violence, proliferating misinformation and violating privacy.

The implications of the digital are further explored in Geophagy through another video component that includes a portion of theorist Benjamin H. Bratton’s text “The Black Stack.” Playing on an old CRT monitor nestled in clothing, Bratton’s words are recited in synch with a recording of the online game Candy Crush Saga in which a grid of jewel‑like confectionary icons cascade down the screen. The “Black Stack” is an ambiguous theoretical premise proposed by Bratton that suggests a defiance or escape from the official “Stack” which he describes as the combined layering of platforms that make up our current digital megastructure and geopolitical order. These layers of the Stack refer to the hardware, cloud services, software, interfaces and users (both human and non‑human) that are “sometimes in cahoots, sometimes completely diagonal and unrecognisable to one another,”[2] not unlike the way the sickly coloured candies conjoin and dissipate in the Candy Crush Saga.

Stacking, of course, is also the method of construction that Watson has employed for her adaptive installation. She also uses stacking as a conceptual logic to stratify various references. Her use of wooden pallets, for instance, aligns a reading of Geophagy in relation to containerisation and the efficiency of international shipping as a cog in the wheel of global capitalism. Yet the directness of this reference is literally softened through the layering of clothing which introduces a more humanist sensibility. We could compare the mounds of clothes to the absence of bodies from some horrific atrocity or humanitarian disaster, such as the piles of shoes that accumulated from executed Jews at Auschwitz or the masses of discarded life jackets from Syrian refugees on the shores of Greece and Turkey documented in Ai Weiwei’s film Human Flow (2017).

Additional references lead to more ecological concerns. With this in mind it should be explained that the term “geophagy” refers to eating the earth for mineral sustenance. In extreme cases geophagy is also linked to the disorder “pica” where unhealthy substances are ingested out of compulsion. Watson’s inclusion of a narrated text by artist Susan Schuppli enables her to explore this concept of geophagy in a more lateral sense. The Schuppli citation is from her essay “Slick Images: The Photogenic Politics of Oil” in which she equates the physical imprints that mark the Anthropocene epoch as a monstrous form of image making. Combined with footage of a chewing mouth, Watson layers a further metaphor on top of Schuppli’s text suggesting that the Anthropocene is also akin to a form of mastication by eating through the Earth’s resources.

The stacking of ecological references continues in a video which couples a Donna Haraway quotation with footage of a hand squeezing a globe‑patterned stress ball. In a calm voice the video’s narrator inhabits the words of Haraway to explain that “Evidence for rapid climate change shows that 7–11 billion human beings make demands that cannot be borne without immense damage to human and nonhuman beings across the earth.”[3] Here, Watson address a controversial topic that risks parallels with legacies of eugenics, ethnic cleansing and genocide. To allay this point, Watson’s choice to feature a Caucasian hand gripping the globe is significant and perhaps self‑reflexive as a Pākehā (New Zealand European) and therefore the direct progeny of European empire expansion. This lingering sentiment directs Geophagy’s ethical provocation squarely at those of us that enjoy an ease of mobility at the expense of the world’s humanitarian and ecological predicament.

Ruth Watson’s Geophagy is the focus of a forthcoming publication by the Toi Moroki Centre of Contemporary Art, Christchurch, due for release in September 2018.

Ruth Watson’s Other Worlds is the sixth in the 4 Plinths series on exhibition until 2020 on the waterfront between Te Papa and Circa Theatre, Wellington. She is also exhibiting in Across Boundaries at the Draiflessen Collection, Mettingen (14 October – 27 January 2019).

Bruce E. Phillips is a writer and curator based in Wellington, Aotearoa, New Zealand. 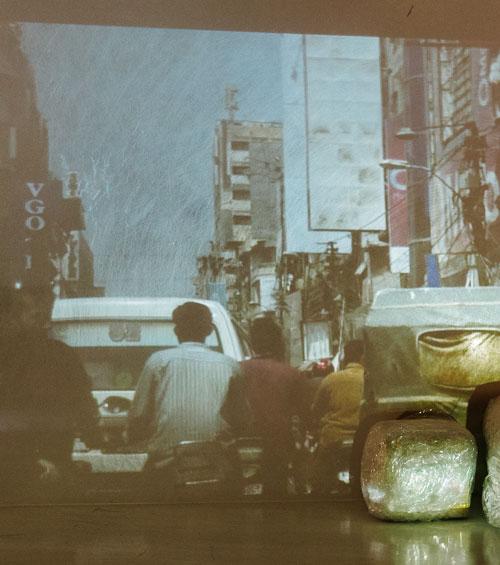 Fragmentation and complexity in Crossings by Wei Leng Tay 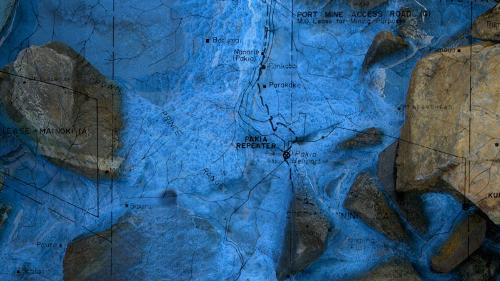 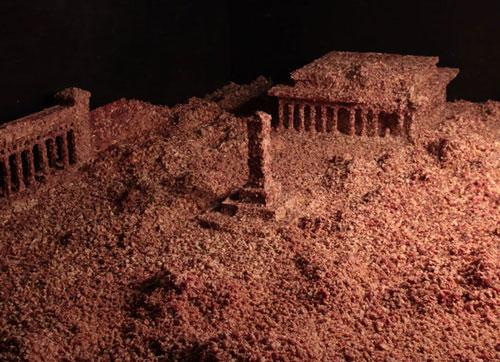 Inhuman flow: Censorship and art in the two Chinas 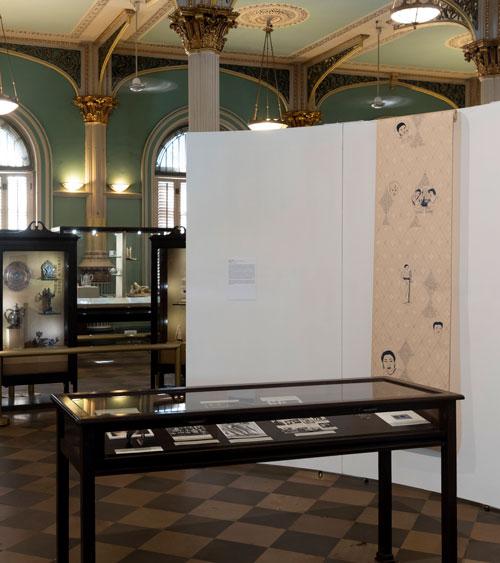 Foreign returned: Between expatriate and repatriate in Mumbai 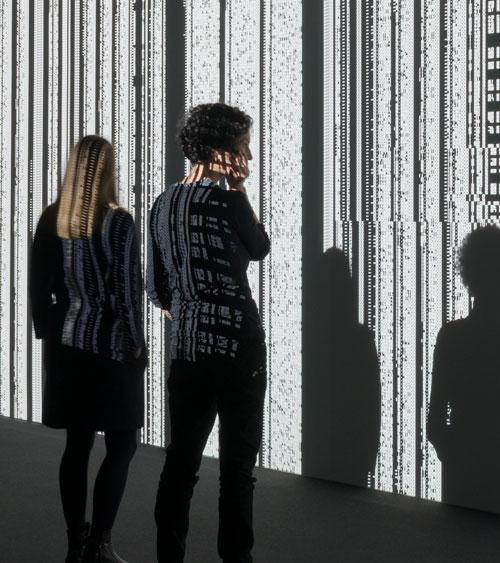 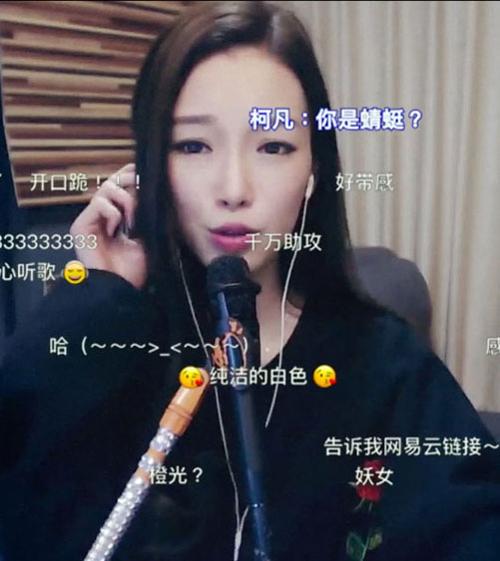 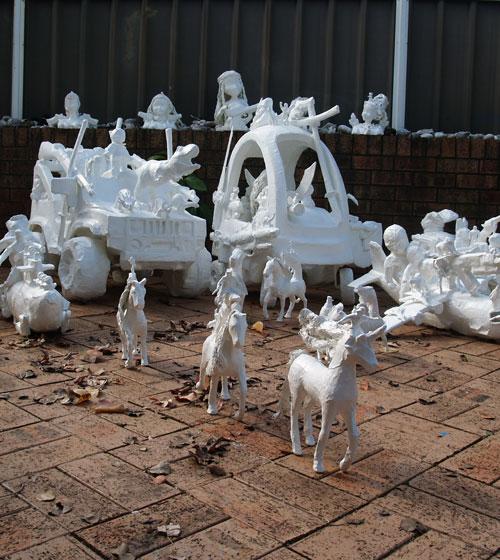 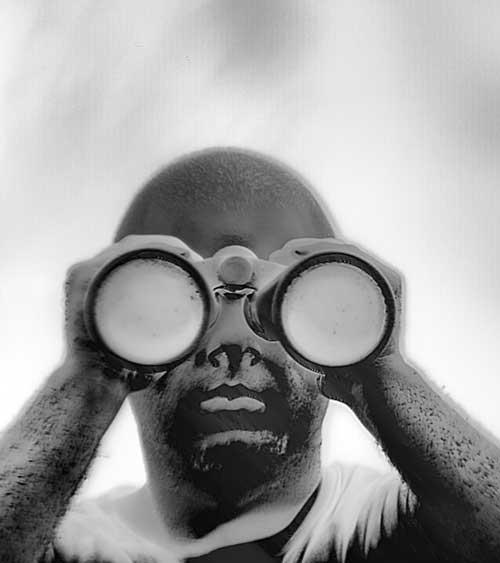