Anxiety has been a subject of medical scrutiny since the ancient Greeks.[1] Definitions change as each era interprets it according to the dominant paradigms of the day. Anxiety can be compared in a social sense to the phenomenon of hysteria, a nineteenth-century medical condition that appeared at a time when science and medicine were beginning to define a secular body of disease. No longer were people possessed by the devil or in a state of religious rapture. Instead, their condition was medically diagnosed and pathologised as hysteria. By naming phenomena as symptoms in the canon of medicine, scientists created a socially constituted condition with which an increasing number of people (predominantly women) were identified.

In the crucible of the Saltpêtrière Hospital in Paris, renowned neurologist Dr Jean-Martin Charcot created a theatre of medical demonstrations of hysteria for the benefit of students of medicine and the general public.[2] Theatricality was one of the classifying features of hysteria. Its very definition by Charcot allowed for an unruly creativity, a dramatic gesture. The staging of hysteria was further established by the crossover between vaudeville mesmerism shows popular in this period and demonstrations of the medical use of hypnosis. (Often the same women featured in both.)

Hysteria is no longer recognised as a legitimate medical condition. In contemporary medicine it has been replaced by a catalogue of psycho-physiological diagnoses, the root causes of which are mostly attributed to biochemical imbalances or neurological divergences in the brain. So, it appears that there is no room for such theatrical or artistic expression in modern medicine. Or is there?

Contemporary identification with anxiety across a spectrum of disorders calls into question how society defines such conditions. Creative practitioners can play a pivotal role in re-framing the condition of anxiety. This new framing simultaneously normalises the condition of anxiety and attempts to recontextualise, de-stigmatise and de-pathologise it. Cultural practice offers critical spaces outside of medical sites to explore, examine and transform one’s sense of self and identity, going beyond restrictions imposed by society towards curiosity, play and creativity.

Snoösphere sits within this nexus of art and science, of play and pathology. It is a “sensory futureland” initially inspired by the Dutch concept of the snoezelen, which are spaces to stimulate the senses used by occupational therapists. Snoösphere by Lull Studios, created in collaboration with a neuro-diverse team and informed by autistic sensitivities, is part architectural design, part art installation, part interactive playground. As an art–science research project, its purpose is also to record feedback and gauge audience responses. The intention is to create a contemporary, inhabitable hypersensory field, which heterogeneously responds to visitors, piquing the senses through a technological, yet experiential and holistic approach.

Designer Lindsay Webb’s architectural background allows him to work topographically with space, to shape it fluidly in three dimensions and to formally choreograph its transitions. His past work in public design for mental health underpins the artwork’s ambitious cohesion and “livability” across the sensorium: visual, aural, olfactory, tactile, kinaesthetic. Ed Leckie’s bespoke analogue video synthesis that permeates this space can be customised by visitors. An interactive sound floor by Frank Feltham and Jay Curtis is also designed to respond to patterns of walking. According to Feltham, one is rewarded for slowing down and lingering—an aesthetics of slow. Marty Jay’s inflatable artworks and Jonathon Bolitho’s interactive light works are integrated to provide something like weather as clouds, dawns and dusks, timeless yet touch-responsive.

The olfactory sense is often neglected as an aesthetic goal, or as an experiential ingredient. New Zealand artist duo Raewyn Turner and Brian Harris have built a fascinating twenty-year practice around smell and interactivity, collaborating with molecular biologists and food artists. Fulbright recipient Turner has exhibited widely in the US and Europe and moonlighted as an aroma jockey. For Snoösphere Turner says they are experimenting with an electro-luminescent fragrant steam cloud, musk-emitting fleeces, and personable pods that breathe smells when approached: “Our differences in olfactory sensitivity and selectivity [are] due to the genetic basis of human olfactory variability and the perception of odiferous sequences in changed contexts. The revolutionary wind of genetic discovery suggests that we may not all be perceiving the same reality.”

With the senses stimulated in unorthodox ways, the invitation to transcend societal inhibitions of correct behaviour could be overpowering. This is partly the autistic influence on the research and design of Snoösphere: autistic people are often faced with censure over their “unorthodox” behaviour. Many feel an immense and unworkable pressure to be “correct”, and so the collaboration with artist Dawn-joy Leong has guided the project towards a more inclusive space for those on the autism spectrum. In Snoösphere, what may normally be considered an inappropriate or abnormal behaviour could be transformed into a desirable one, transforming pathology into liberating, revivifying play by permitting us to unleash a more unruly creativity. The experience is aimed at all ages, all neurologies, all diagnoses. Lull Studios call this sensory recalibration “the future of sanity.” It is a future that opens up more expansive possibilities of being human, regardless of our neuro-diverse affiliations.

Snoösphere is a potent example of creative practice contributing to a rethinking of the social construction of disability and normalcy. In a reverse of the nineteenth-century shift from religion to medicine, art is now the vehicle for expanding meaning in terms of the psychophysical human condition: by creating alternative spaces for congregations of the anxious; by providing innovative environments for experiencing oneself solo and in communion with others through play, experimentation and sensory immersion; and by offering liberating and transcendent experiences.

Lian Loke is a senior lecturer and Program Director of the Master of Interaction Design and Electronic Arts, University of Sydney School of Architecture, Design and Planning.

Raewyn Turner and Brian Harris are also participating in The Art and Neuroscience of Synaesthesia International Exhibition in Santa Monica, California (14 September 14 – 21 October 2017). 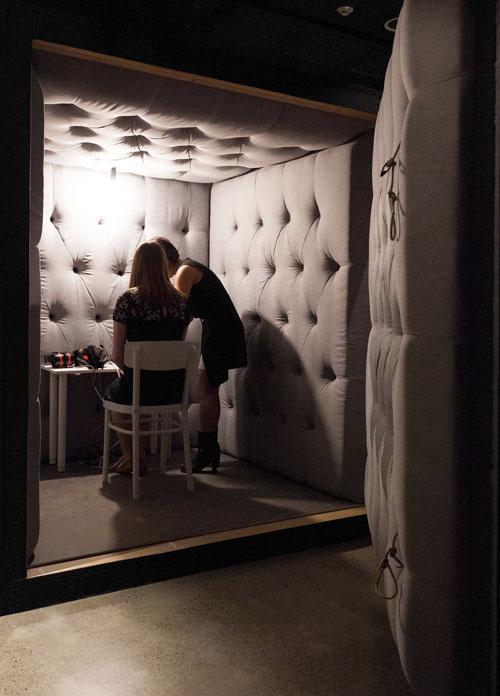 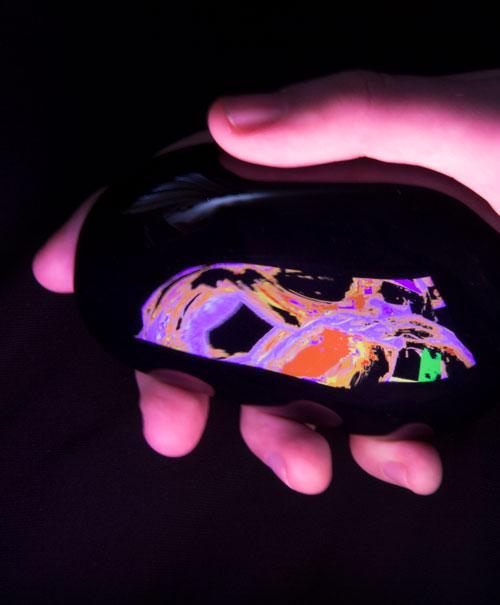 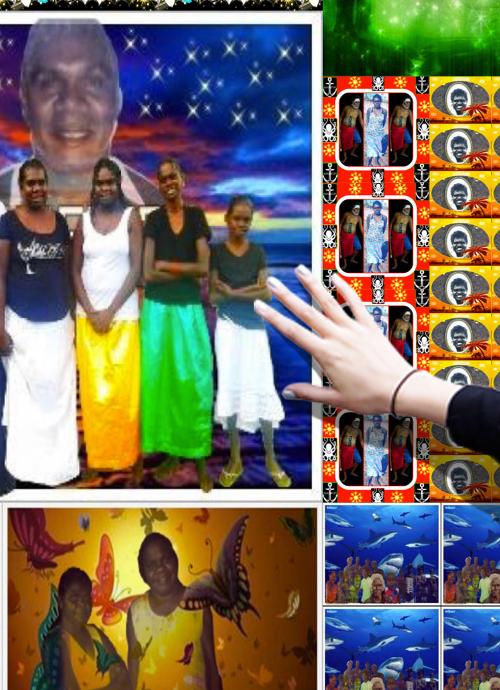