Gravity invisibly governs the movement of the world, the shape of space and the flow of time.[1]

When I was a kid I spent a lot of time searching out gullies and large stones in the nearby bush. Probably influenced by a confluence of half understood stories of NASA’s latest success or failure, Astro Boy and Sally Field’s Flying Nun, when the wind was blowing in the right direction I would do a massive running jump off said gully edge and stone rampart so that I could feel, even for a millisecond a sense of flight or weightlessness. Call me an old fashioned modernist but I still get excited at just the thought of catching a plane.

Curated by Lee-Anne Hall, Director of Penrith Regional Gallery, and Katie Dyer from Sydney’s Museum Of Applied Arts and Sciences (MAAS) Gravity (and Wonder) is an impressive exhibition. Roughly divided into four sections Motion and Acceleration, Measurement and Understanding, Space and Time, Mass and Attraction, this broadly encompassing schema was full of wit, wonder, intelligence and romance.

I particularly enjoyed the grainy colour traces of ballet dancers, their physical strength defying gravity in Gillian Lacey’s film Play: On the Beach with the Ballet Russes (2008). I was tickled at the presentiment of Marcel Duchamp and Francis Picabia in the disembodied 1889 pen and ink drawing/diagram of a flying machine by the Australian aviation pioneer Lawrence Hargreaves.  At a pinch those rolling circles even had a subversive sexiness. Flying Form (1950) a domestic scaled sculpture consisting of horizontal strips of welded steel by Inge King had an existential questing energy to it suggesting that other epic forces (maybe human inventiveness) could actually defeat gravity.

There are also bits and pieces of real and replica space trash from the heroic 1950s and 60s. For example, a model fragment of Vanguard 1(1958) was included to show the oldest artificial object still orbiting the earth. Scottish etched glass gravity beads (c. 1750) used to define the alcohol content in liquids, teaching aides like the exquisite wood brass and ivory orrery (c. 1870) or the giant papier-mache and metal Queen Bee by Dr Louis Thomas Jerome Auzoux (1883) have a presence enhanced by hand/eye skills that go beyond the merely utilitarian purpose of their craft.

This great selection of contemporary international and Australian art goes a long way to elucidate the themes across science and art. The paintings by Mabel Juli and Rusty Peters became lush romantic vehicles when juxtaposed with Marley Dawson’s ponderous mechanisms. Sandra Selig was commissioned to contribute an elegant shimmering string work, Behind the Great Mirror, as a visual parallel to Albert Einstein’s gravitational waves or ripples in the fabric of space-time. Cutely surreal and perhaps a little out of place in such company, Hiraki Sawa’s film Dwelling (2010) depicted a slew of commuter aircraft negotiating the domestic environment. Maybe a piece by Daniel von Sturmer might have sat better, here?

The most theatrical turn in the exhibition is Richard Serra’s bleak one-liner Prop (1968) from the National Gallery of Australia collection, provocatively placed next to Adelaide based Amy Joy Watson’s bravura installation Floating Sequence (2012). Formal antidotes to each other, Watson’s combination of lightly coloured helium balloons pulling at balsawood vessels strangely reemphasised the sheer physicality of Serra’s lead balancing act.

It was unfortunate that the discordant sound emanating from SoundShip (descender1) (2016), a commissioned two-channel video work from local heroes David Haines and Joyce Hinterding, documenting the ascent and descent of recording instruments in a latex weather balloon bursting into the stratosphere, completely overwhelmed the exhibition space. Perhaps the artists were employing this ghastly and visceral leakage of noise to draw our attention to the apocalyptic, inevitably entropic and destructive nature of gravity?

Differences of opinion about the inclusion of some of the works aside, Gravity (and Wonder) is an elegant, stylish and intelligent exhibition that dispelled my initial doubts about an exhibition based on such a weighty theme. I tend towards narcolepsy when rational, mechanical, scientific and mathematical explanations about anything are wheeled out. But the souvenir room notes for this exhibition are a perfect complement to the overall design, delivering complex ideas with a simplicity and clarity that should be held up as an exemplar to many museums and art galleries.  It is a testament to the skill and acumen of the curators that this particular selection of contemporary art – video and sculptural installations, paintings, photographs – combined with rare scientific instruments, specialist objects and inventions and archival material from the Museum of Applied Arts and Sciences left this viewer wanting more. 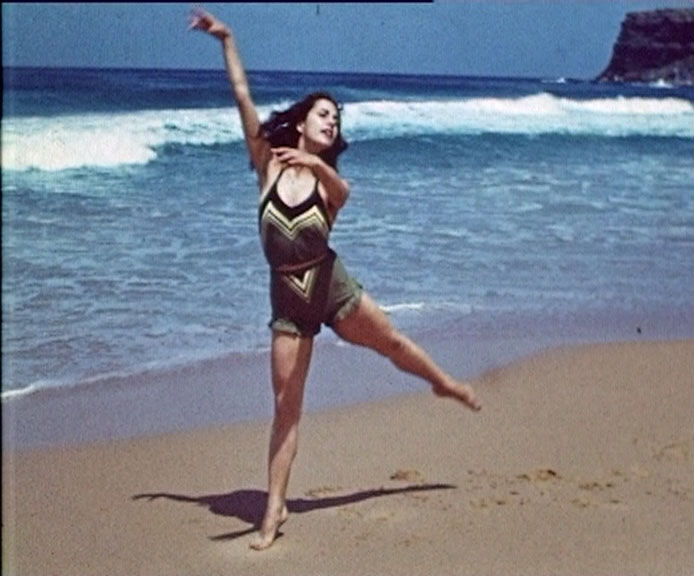 Craig Judd is an artist, curator and writer based in Sydney.

Art & Text: the rise and fall of theory