Adelaide Festival Centre and other venues

Art Gallery of South Australia and other venues

Agatha Gothe-Snape: Trying to find comfort in an uncomfortable chair 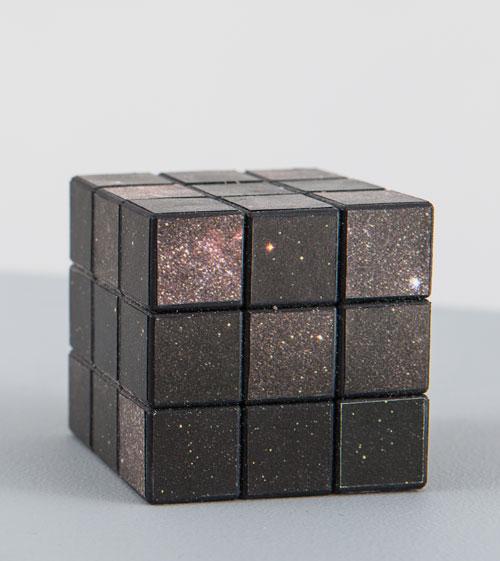 Beige saddle felt is draped over a large roll of brown paper. With its folds unfolding, the felt falls towards the deep curve of a palm frond cast in heavy bronze. This unsual combination of forms – industrial and naturally occurring – is connected by a solid steel frame and a rectangular mirrored Perspex box. The sculpture, Vagabond (2019) is suspended within the expansive volume of the double-height void of the Samstag Museum of Art, held between a matt concrete shell and a reflective ironbark floor. The material composition – still, poised and balanced – gives rise to something unique and, even, non-physical. There is an extraordinary sense of purpose and presence in whatever this something is, capable of drawing us in and holding our attention.

One of six new works by Louise Haselton presented in this exhibition, evocatively sub-titled like cures like, this sculpture – and my experience of it, in the final days of its installation in the Samstag Museum of Art – brings forward connections between seemingly disparate materials. Coinciding with the publication of the artist’s 2019 SALA monograph Act Natural, the exhibition combines new work (occupying the open space of the lower gallery) and previous work (layering the walls of the upper gallery). The inclusion of the new and the old offers meditation on the consistent threads that run through the artist’s thinking and making, tracking over twenty-five years. What seems most interesting and enduring is her negotiation of the lively capacity of things – their material nature and status as objects with independent forces or tendencies, capable of moving us between the temporal and the physical.

The exhibition title points to Haselton’s awareness of the power in transference and connection. In Hippocrates’s Law of Similars, now the foundation of homeopathy, “like cures like” refers to the idea that a small amount of something that causes discomfort could in fact lead to relief. It perhaps explains the feeling of ease in the combination of materials, described by the exhibition curator Gillian Brown as always “complementary rather than competing, revealing something of each without condemning the other”.[1]Across the exhibition we see the consistency of her choices – branches, mirror, denim, felt, wax and bronze – and the modest means through which things merge and resonate through binding, piercing, casting and weaving. Familiar shapes emerge – stars, squares and circles – as materials from previous exhibitions are reincarnated in new works, including that wonderful roll of brown paper, saddle felt and a large square frame.

Haselton is increasingly drawn to those things overlooked or outmoded, supporting an internal logic or function. Shells have long been of interest for this very reason. Described by the artist as by-products of nature, shells have evolved in form to suit their function. They appear in Faithful Retainers, 2011, one of the first works I encounter in the upper gallery. Thin yellow steel rods extend from the floor and are carefully positioned to protrude through the natural folds of a clamshell. The eye is drawn to form, colour, surface and weight, before the mind drifts to childhood memories of holding a shell to your ear to hear the sounds of the ocean. We know this rushing sound that one hears is in fact the noise of the surrounding environment resonating within. In any case, there is transference of energy and we find inherent value in this thing that would otherwise go unnoticed. It is a work that powerfully introduces Haselton’s awareness of how the inert can become animated and alive through minimal force.

Haselton’s interest in the idea of animism – or the perception that all material phenomena have agency – extends from her well-documented visit to India in 2009. This immersion in a culture where, for instance, nature is revered through the process of wrapping and binding, continues to inform the artist’s sense of the interconnectedness of all things. The loaded term “animism” is carefully avoided in the publication and texts accompanying this exhibition; instead, Haselton’s relationship to her materials is considered more broadly and balanced between what can be seen and what can be felt.

The voluminous lower gallery of the Samstag Museum prompted the artist to think larger in scale, yet we retain the feeling of intimacy in our viewing of her new work. A minimal palette and restrained selection of mostly industrial materials processed from the earth are distilled into solid forms. Plants abandoned in nature – such as palm fronds and pinecones – are given permanence and weight, cast in bronze. These works appear poised on the brink of movement, radiating with stored energy. As Haselton suggests “maybe the more still a work is, the more movement is close by?”.[2] We slowly turn from still to shifting ground as our eye carries the repetition of shapes, surfaces and light across and between each combination. By contrast, in the upper gallery where works are viewed in closer proximity, we feel more inclined to draw things closer to the body – to hold in the hand (Squeeze 1, 2001) or to hug (Trickle, 1993/2019). In this sense, perhaps the lower gallery tends to the solid and the upper gallery tends to the soft.

Fence for Friends (2019), composed of an impacted safety barrier reclaimed from the roadside, achieves a balance of formal composure and the inherent energy of the materials used. The fence, which bears the evidence of force, is turned upright and erect to support bronze pinecones. It sits on top of a stack of limestone flagstones, which Haselton discovered abandoned in a decommissioned quarry near Mount Gambier. The same stone was used by her father to build their family home, nestled in the nearby rural town of Millicent surrounded by pine forests. Of further appeal to Haselton were the innate contradictions of this fragile yet structured building material, considered deficient because of its soft, porous qualities.

Limestone also appears in Neither Improvement nor Decline (2019). The title alone confirms that Haselton is not claiming to transform the material but to reveal its intrinsic qualities. Here we are reacquainted with a large spool of sisal, formerly encased in a Perspex box for the 2016 Adelaide Biennial of Australian Art: Magic Object. Intimating its perhaps previously unrealised potential, the spool now sits comfortably – turned on its side – on top of a large stack of limestone blocks abutted against the sharp edge of a carefully placed blue Perspex triangular form. In all, a perfectly poised and balanced composition.

A harmonious meeting of contradictory materials is also achieved in Dance, Sing or Speak  (2019). A two-tiered block of white everlasting polystyrene holds a pile of frail limestone pyramid forms and a woven antique Japanese tatami mat. Described by the artist as pragmatic, hardworking and modest materials, the edges are aligned at one end, drawing our attention to the affinities that reside beneath these opposing surfaces. I note that the term “tatami” derives from the verb tatamu, meaning to fold or pile. The unassuming sculpture positioned in the corner of the gallery also brings to mind John Barbour’s use of the corner (Immuredinpace, 1988) as a place of possibilities and of “confinement, silence and repose”.[3]

like cures like is a body of fine sculptural work that draw us in and holds our attention, refreshingly free of didactic explanation. The exhibition experience requires the same qualities of patience, observation and receptiveness that is essential in the making of the work. We gravitate towards certain materials, colours, textures and shapes through a process that is intuitive and slow. Capturing this, Ken Bolton’s poem “In Frank Anticipation 11.9.14”, delivered at the opening of the exhibition, articulates both the presence and our experience of Haselton’s works. As he stated, “They inhabit a permanent present tense”.

Elle Freak is assistant curator of Australian Paintings and Sculpture at the Art Gallery of South Australia.

Eating together online: The ambivalent conviviality of ASMR videos

Bunha-bunhanga: Once these were lands of plenty

A good dinner party: Food as a medium for social change

Violent dreams of development: A food bowl in the north‑west of Australia?

Feature
In conversation with Sabrina Baker